California Women Lawyers, the only statewide bar association dedicated to promoting the advancement of women in the profession of law and society, established the award in 1982 in honor of Fay Stender, a San Francisco Bay Area attorney who spent much of her professional life fighting for prisoners’ rights.  RBGG’s Gay Grunfeld is a previous recipient of the award. 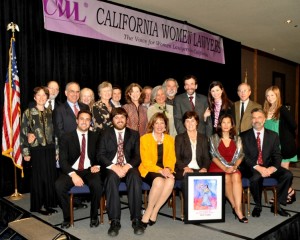